Everywhere people of all ages are looking for “em'”, trying to catch all the virtual Pokémons placed around the world. Every day the game “Pokémon GO” engages smartphone users around the globe more than any other social-media app, such as Twitter, WhatsApp, or Messenger. On average we spend 42 minutes per day in-game, trying to collect new Pokémons, evolving them and gaining experience levels as “Trainers”.

However, while growing our Pokémon GO skills we also achieve real-world changes. The media is reporting on accidents , tech-blogs talking about the viral success of the game  and the funny, scary and sometimes just stupid unintended effects of the game on society. 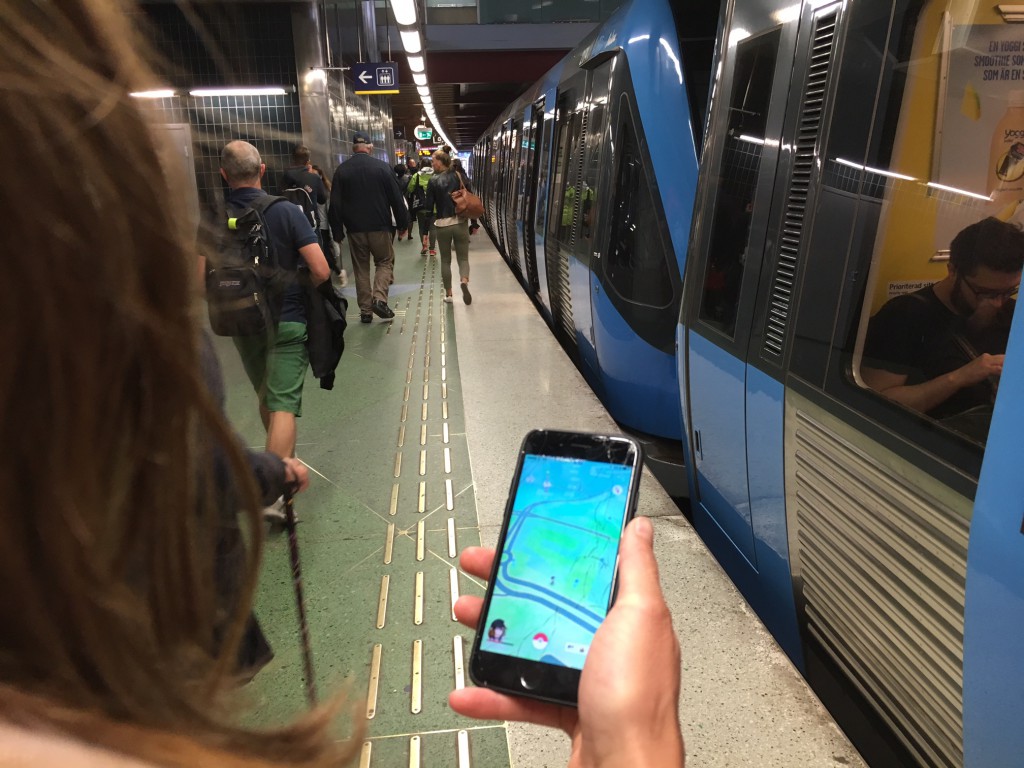 So, what happens when 90 million people start walking?

In 42 minutes, a normal playing time, a person walks about 3,4 km (according to google Maps), similar to crossing the central part of Stockholm. A distance that many otherwise would choose to travel by car, bus or subway.

Assuming that half of the Pokemon Trainer population travels by car to work, school or other activity of the day, and that the rest take the bus or go by tram/subway, the environmental gain from walking instead would be a reduction in carbon dioxide emission of almost 28 000 tons. Every day.

Per person, this is not more than about half a kilogram of CO2 per day, but like big data and crowdfunding, many small pieces come together to form something larger. Estimated from SimilarWeb’s figures from early July, the number of users of Pokemon GO around the world in Europe, North America, Australia and New Zealand is approximately 8,2% of the population, amounting to a staggering figure of almost 90 million.

Since then, numbers are likely to have grown even more.

Some argue that the game has increased the amount of car driving, especially in North America, and that the electricity consumed to run the servers hosting the game is an environmental load. These points-of-view are justified, and as mentioned in earlier posts here at ZeroMission, smartphones require more electricity than stationary units and there are negative consequences in the increased accidents and injuries as a result of our lack of attention while playing. 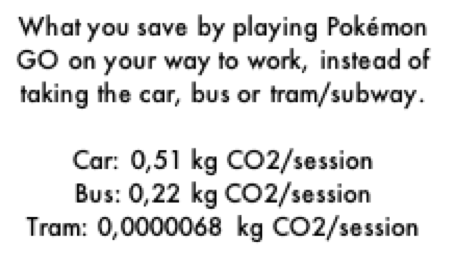 On the other hand, even without Pokémon GO we would most likely be using our phones, just without the incentive to go out walking. The electricity use is likely to have remained equal, just used on different app. The positive aspects, such as improved health from physical activity, reduced particulate pollution in cities and more person-to-person interactions should also be considered in the bigger picture, and remembered in the midst of all small misfortunes.

Any trigger to reduce carbon emissions is a good trigger

Playing Pokémon GO could be a push in the right direction for people to change their commuting habits. Any games, challenges, group activities or incentives that trigger people to reduce their carbon emissions are welcome. We need all the triggers we can find to reduce emissions and thereby keep within the planetary boundaries, even better if we can have some fun along the way!

So, keep “catching em’ all” and be proud that you activate yourself while getting to work on foot!

And of course, if you have to drive to get that unique Pokémon- offset your emissions here and try to take the subway next time!