In Sweden it’s sometimes suggested that one way for companies and individuals to ”offset” their emissions is to buy EU emission allowances (utsläppsrätter). Not so in other countries.
Why not? because purchasing emission allowances doesn’t have a direct impact on emissions. The FAQs below explain why. 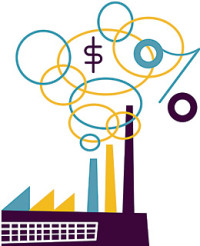 Who buys emission allowances?
Companies that have sites which emit large volumes of greenhouse gases, such as oil refineries, steel processors and cement producers, and whose emissions exceed their annual allocation of EU allowances. And financial institutions.

How many sites are covered by the system?
c.12 000 stationary installations and 1300 aircraft operators.

What does an emission allowance cost?
Over the last year prices in the auctions and in the secondary market have been €4-6.5.

What do I get if I buy some EU emissions allowances?
The buyer gets a paper which they can either sell or keep. As long the paper is kept, then the allowances cannot be used by a company.

Will my purchase result in a company reducing its emissions?
This was the aim of the system when it was designed 15 years ago but sadly there is no direct connection between purchases of allowances and emission reductions.

Emissions reductions will only happen if
a) companies are allocated fewer allowances than they need
AND
b) the price per allowance is higher than the cost for companies to invest to reduce their emissions by one tonne.

Unfortunately the number of free and cheap auctioned allowances exceeds companies’ needs. And the market price would need to be much, much higher – around 30 euros – for companies to have a price incentive to invest in reductions.