The Fallacy of Permanence: What Energy Projects can Learn from Natural Climate Solutions

“The search for something permanent is one of the deepest of the instincts leading men to philosophy.”
– Bertrand Russell, A History of Western Philosophy

Deforestation is a major contributor to climate change. Responsible for 8% of the world’s global carbon emissions, if deforestation were a country, it would be the third largest emitter in the world behind the United States and China.

That’s because wood is about 50% carbon by dry weight so when forests are destroyed, that carbon is returned to the atmosphere. But trees can also mitigate climate change. When new trees grow, they remove carbon from the atmosphere and store it in their plant tissue.

Forests’ ability to remove carbon from the air is so important that the UN’s IPCC (International Panel on Climate Change) thinks they represent “one of the most effective and robust options for climate change mitigation” with projects and policies which protect and restore forests able to deliver up to a third of emissions reductions needed to meet the targets set out in the Paris agreement.

But what about permanence (i.e. the risk of reversal)? How can we be sure that the trees won’t get destroyed (e.g. burnt) releasing all that carbon back into the air?

Because of this fear, natural climate solutions like forestry, while recognized as indispensable, are sometimes presented as an inferior solution when compared to clean energy projects because of their perceived lower risk of reversal. The result, as highlighted by environmental leaders Greta Thunberg and George Monbiot is that natural climate solutions receive less than 2.5% of climate funding (video, right).

However, in this short essay, I explain how non-permanence (i.e. the risk of carbon reversal) applies to all climate change solutions, including clean energy projects and how these risks can be managed.

This is not a criticism of clean energy projects. To the contrary, it is intended to increase our understanding of the issue so that we can design more effective policies that promote emission reductions. It is also a much needed defense of natural climate solutions like forestry. While there has been substantial progress in our transition towards renewable energy, the same cannot be said of the world’s forests, which continue to decline at an alarming and increasing rate, highlighting the importance of developing solutions.

To meet our climate targets, we need to reduce our dependence on fossil fuels but that won’t be enough. It is essential that we protect and restore the world’s forests. Only then will we be able to create action at the speed and scale demanded by climate change.

Non-permanence and the carbon cycle

To start, let’s go back to the basics. There’s always the same amount of carbon on earth. It’s continuously cycling between the atmosphere, land and sea. Plants remove carbon from the air through the process of photosynthesis and store it in their biomass (e.g. the wood of a tree).

When wood decomposes, microbial respiration releases some of that carbon back into the air. Other parts make it into the soil by interacting with various types of fungus. Over very long time periods, some carbon is fossilized to become things like peat, coal and oil. When biomass or fossilized carbon is burnt, the carbon is released back into the atmosphere and the cycle continues.

To stop climate change, we need to decrease the ratio of the earth’s carbon present in the air by increasing the amount of carbon stored in other places. There are two broad ways of doing this. We need to remove carbon that is already in the atmosphere (e.g. by growing trees) and we need to avoid new emissions from taking place (e.g. burning fewer fossil fuels and stopping deforestation).

What we cannot do is stop the carbon cycle. This means that neither approach is permanent; we will always run the risk of reversal. This risk, however, can be managed. But before it can be managed, it needs to be understood.

The risk of carbon reversal

The risk of carbon reversal is well understood with natural climate solutions like forestry. Trees that we plant can die and trees that we protect can die at a later date. As such, the design of forest carbon projects is not based on the idea that individual trees won’t die. It is based on the idea that the rate of new trees within a forest grow at least as fast as the rate that the old trees die. After all, some forests have been around for hundreds of thousands of years despite thefact that every single tree within them has died. Trees die and trees are born but the forest remains a forest. 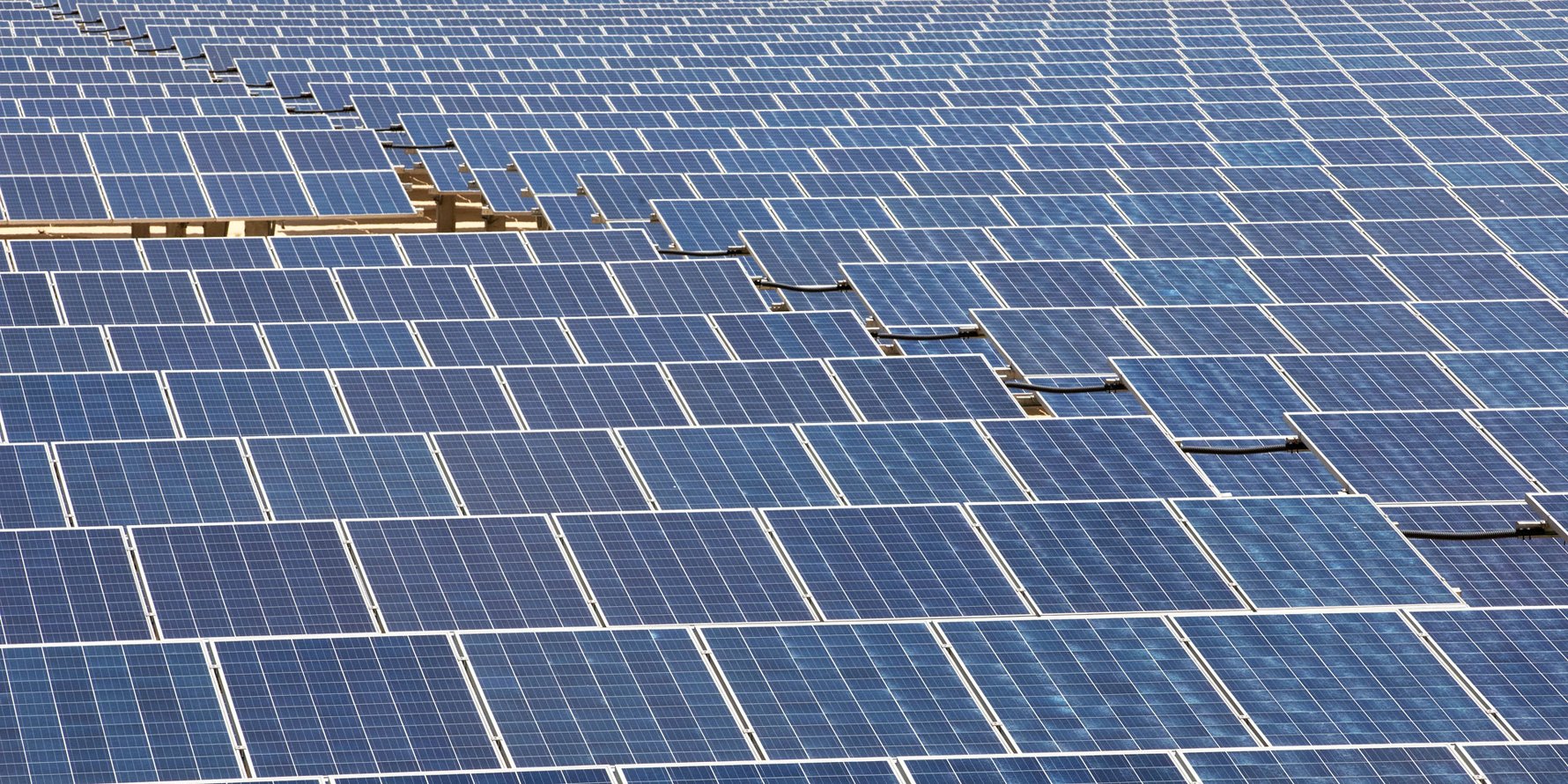 Renewable energy is a fantastic climate solution, but how do you know solar and wind power will ensure coal, oil or gas stay in the ground?

Forest carbon models plan for reversals. They plan for partial logging, forest fires, pests and disease. They also account for economic risks. They need to demonstrate that living forests provide value for landowners and communities in the long-run so that the forests aren’t cleared for other uses in the future. But like all models, they aren’t perfect, mistakes are made. This is why the industry uses risk buffers, like an insurance policy, to spread risk across larger areas and multiple countries.

This type of planning has made forest carbon projects much better; it has improved the credibility of forestry as an indispensable tool in the fight against climate change. The risk of carbon reversal with energy-based solutions works in similar ways. Yet, for some reason, it has largely been overlooked. Perhaps this is because trees are much more tangible and present in people’s everyday life. We can visualize a tree being cut down, whereas oil, deep in the earth’s crust, is out of sight and therefore out of mind.

This erroneous thinking is so widespread that even champions of the forest carbon industry promote it. Here’s a quote from Forest Carbon’s website, a leading developer of woodland carbon projects in the U.K.:

“If one chilly morning you make a ‘green’ decision to wear more woollies and turn off the heating then the CO2 emissions you’ve just avoided have been avoided forever.”

If that were true, then why would it be any different from the world’s persistent demand for land-use change? If a farmer decides not to clear a forest to grow more food, would these emissions not also be avoided forever? The answer, of course, is that the farmer could clear the forest the next day. But the same is true if you were heating the house using coal (or any other fuel). You could just burn the same coal the next day!

Let me explain further using coal as an example for fossil fuels in general. Society will continue burning coal until renewable energy becomes a cost competitive alternative. But not all coal is equal. Some coal is a lot cheaper because of how easy it is to access. Maybe it’s right at the earth’s surface near an international port in a country that supports its extraction. The emissions from burning this coal is what we really need to worry about.

Maybe you believe that we will never run out of coal because at a given date in the future, society will just stop using coal? As such, emissions avoided before that date will be permanent. Again, the same is true for deforestation and land-use change. As such, there could be a moment in time when land-use change simply stops so avoided emissions before that date will be permanent. 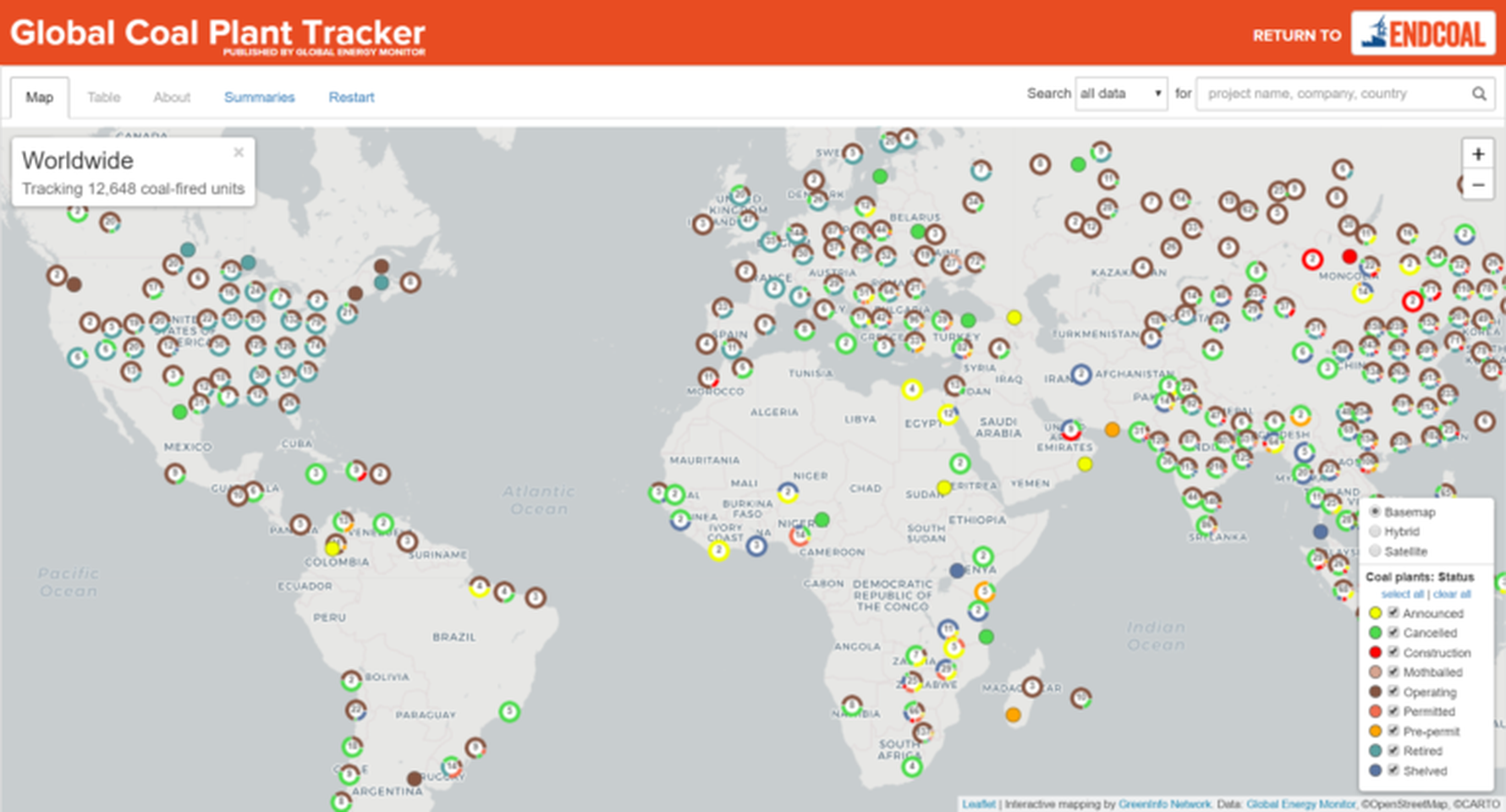 Published by Global Energy Monitor (formerly CoalSwarm), the Global Coal Plant Tracker provides information on all existing coal plants of 30 MW or larger, as well as every plant proposed since January 1, 2010.

More realistically, it’s a question of how long it will take for coal to become more expensive than the next best alternative. This is influenced by the remaining quantity of cheap coal, the price of alternative energy sources and the policies that we create that increase the cost of producing coal. As these advance, the cost of polluting will progressively increase until it no longer makes financial sense to pollute (read more about this in a previous Taking Root blog, Does carbon pricing even work?).

By choosing not to burn coal one day, we run the risk of simply delaying its emissions to a future date. Don’t get me wrong, delaying emissions is a good thing. It just isn’t a permanent thing.

Designing for the long run

Carbon credits are increasingly used to accelerate the transition towards renewable energy by subsidizing the construction of new renewable energy power plants. The anticipation of carbon credit sales is used to attract investment based on the expectation that every KWH produced displaces one KWH of polluting energy.

The problem is that if renewables become cost competitive within the lifetime of the renewable energy power plant, all renewable energy generated thereafter won’t actually have any effect in reducing emissions!

If renewables do not become cost competitive within the lifetime of the project, we go back to burning coal. The emissions were simply delayed for 20 to 30 years, which is well within the timeframes of forestry projects. This illustrative example isn’t always applicable to all contexts in all situations. The point is simply that often it is.

Delaying emissions for 20 to 30 years is a really good thing but there is no such thing as permanence. To stop climate change, we need people to stop burning fossil fuels while protecting and restoring the world’s forests both today, tomorrow and into the foreseeable future. We need to create solutions that acknowledges both the carbon cycle and human behaviour. That means we need to invest in and support industrial and natural solutions which discourage polluting activities by making sustainable alternatives competitive in the short run and in the long run across.

“No permanence is ours; we are a wave that flows to fit whatever form it finds”
– Hermann Hesse, The Glass Bead Game