The pursuit for new agricultural land, timber and firewood in Madagascar threatens its unique ecosystems. According to the WWF, about 90 percent of the island was covered with forest in the early 1900s. Today, just under 10 percent remain.

To reduce carbon emissions and counteract deforestation in Madagascar, efficient cookstoves and climate-friendly solar stoves are manufactured and distributed. The project also plants two trees for each cookstove sold.

"My grandmother says, Madagascar used to be a green Island. Today, it is a red island." Eléonore Rabotoson

The organization ADES (Association pour le Développement de l’Energy Solaire) has been producing the solar stove in Madagascar since 2002 and sells them at a subsidised price to local households. Since 2010, the project has expanded its operations to the entire island and also includes efficient hotplates that complement the solar cooker if the sun is not shining. Today, ADES offers a portfolio of nine different solar and efficient stove models for households and commercial customers such as schools, orphanages and hospitals. The project runs nine production and distribution workshops to handle customers throughout Madagascar.

The project also includes training and workshops with schools and institutions that draw attention to the importance of conserving forests. 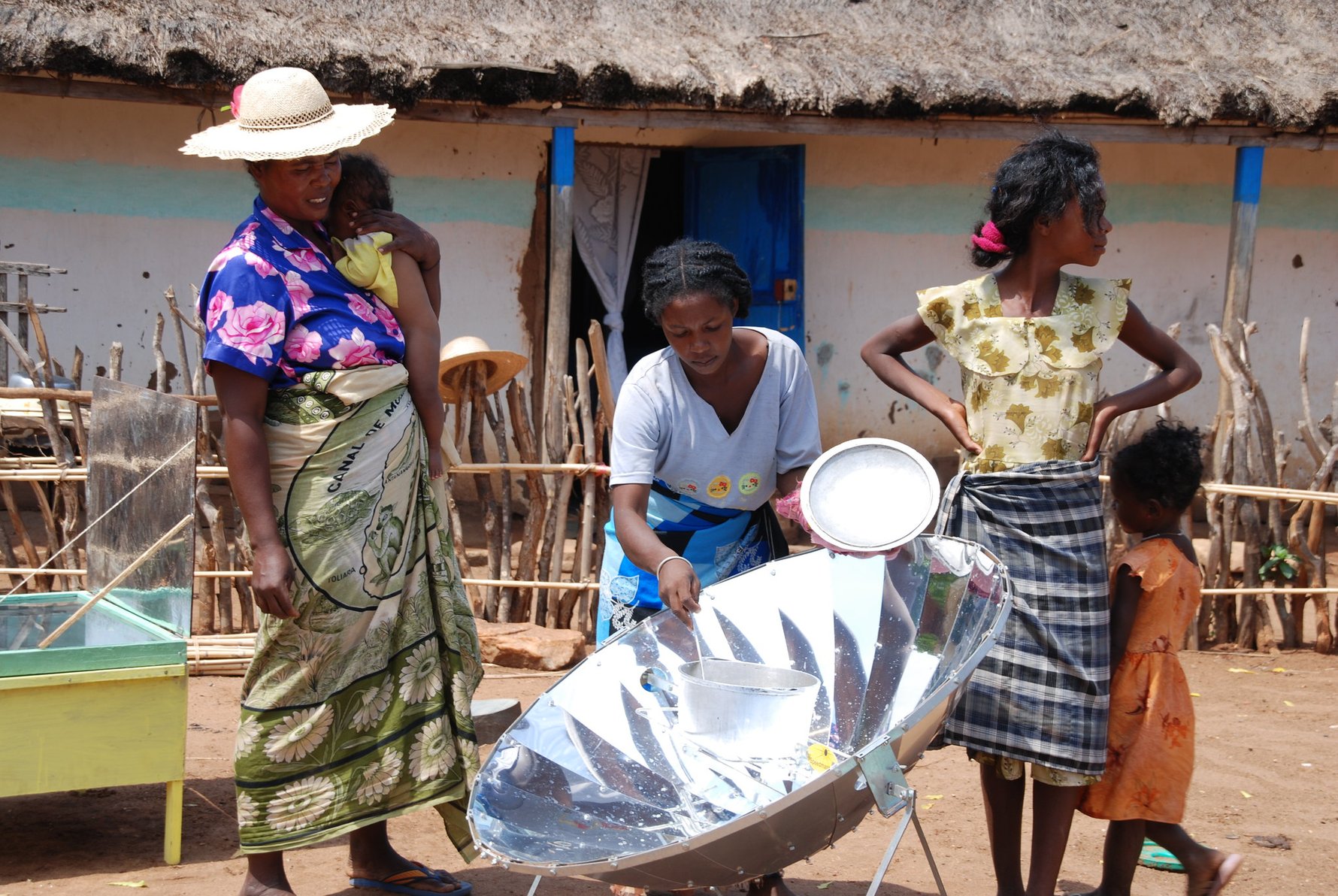